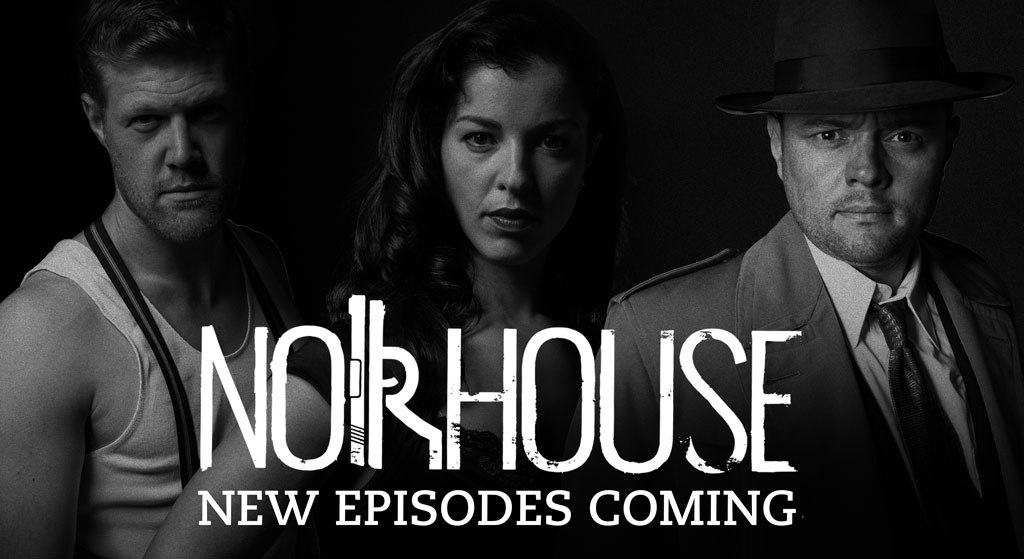 POUR A SCOTCH, MORE NOIRHOUSE IS OFFICIALLY ON THE WAY

In 2014 you’ll be seeing six brand new episodes with even more dramatic hijinks from your favourite housemates. What the hell is Mount Praise Ministries? Why was Alice killed? Who’s really pulling the strings? And whose turn is it to vacuum the stairs? You’ll soon find out.

Not only is our original team returning, but the experienced and debonaire Fiona McConaghy is now on board as producer, so Shaun and Nathan can focus on the bits they’re better at. She’s already made a hell of a difference – we wouldn’t be getting back on set so soon without her.

There’s some other partnerships we’ll be announcing soon too. Rest assured, things haven’t been quiet at Sky Machine. You’re going to be seeing a hell of a lot more Noirhouse.

Thanks to everyone who’s been watching and sharing the series. We can’t wait to get you more.

In the meantime, bring yourself back up to speed on Noirhouse, starting with Episode 1 here.

The initial Noirhouse miniseries was funded through Screen Tasmania.